From Amber to green for UK Offshore Wind

As a die-hard offshore wind advocate, Paul Reynolds welcomes Amber Rudd’s policy reset even if rationality continues to take a back seat.

Since the Tories were elected in a surprise majority Government, offshore wind has nervously watched from the sidelines as other renewable technologies have seen their support slashed and other barriers introduced. Well today in a much trailed ‘policy reset’ by Amber Rudd, offshore wind has had its day in court. The verdict – a green light to power into the next decade.

The grand cost/volume bargain seems to be back on the table: if industry meets cost reduction targets then the Government will provide funding for 3 auctions over this parliament (with the first held by end of 2016). If this happens then up to 10GW could be supported in the 2020s. The sector has got its long requested market visibility.

Of course questions remain: what is the cost trajectory that the sector will need to hit? Presumably this is the £100/MWh by 2020 target but what about beyond this? When are the auctions going to be? Will there be any changes to the auction rules? And the big one; how much money will be available in each pot? Will DECC seek to auction off a large amount of this 10GW over these three auctions, helping get some of the mega project away and tapping into potential cost reduction from economies of scale? Or will the scale be more modest?

Another interesting question to consider is why have the Tories chosen to support offshore wind? Well unsurprisingly ability to deliver at scale has clearly helped – for all the talk of small scale, distributed flexible grids, the winners today are those who can deliver at scale (gas, nuclear and offshore wind). At the same time, the local content and new factories in Hull and Portland have no doubt contributed. But more interesting is the sense of responsibility that comes through – if we don’t do offshore wind then it will not happen. In some ways this is exactly the sort of leadership we need.

Whatever you think about the rationality (or otherwise) of the energy policy agenda set out in Rudd’s reset, this is a massive shot in the arm for the offshore wind sector which has been left in limbo as other renewables have taken a good kicking over the last 6 months.  All eyes will now turn to the Netherlands as the next tender competition kicks off. More on this next week. 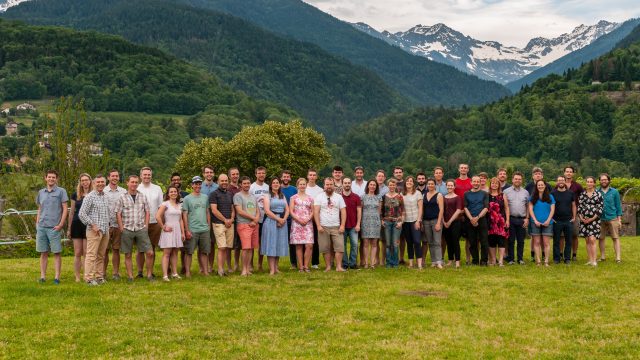