In his latest blog, Everoze Founding Partner Colin Morgan discusses the crucial role of offshore wind in reducing the carbon emissions generated by our energy sector in the years out to 2050 when the World is aiming to reach the end of the carbon era.

Offshore wind is playing a crucial role in reducing the carbon emissions generated by our energy sector, and it will be even more important in the years out to 2050 when the world is aiming to reach the end of the carbon era. This transition is going to require substantial electrification of our energy system and much of that energy is going to be generated by offshore wind farms.

Offshore wind farms, like any human activity, generate some greenhouse gas emissions – in their development, manufacture of their components, their transportation to site, their installation and the activities around their operations and eventual decommissioning. In carbon-geek language, we’re talking here about Scope 3 emissions. For each unit of energy produced, these emissions are very small; when put into operation to displace fossil-fuelled generators, the emissions are recouped through avoided emissions within a matter of months – a 1000 MW offshore wind farm going into operation in the UK today will reduce the national carbon footprint by 1 million tonnes in its first year of operation and every year after that, when benchmarked against our current energy mix. As the carbon intensity of our power system reduces as fossil-fuelled generators are replaced by low carbon generators, the level of emissions reductions enabled by each successive wind farm falls. In that respect, offshore wind farms become a victim of their own success. At that point, the lifecycle carbon footprint of the offshore wind farm, particularly during fabrication and construction, needs to come into sharper focus.

Before then, other drivers are likely to come into play. Net zero targets are being set, not just internationally and nationally, but also by companies under pressure from regulators, shareholders, customers and staff. The next generation of offshore wind farms has an opportunity to lead the way with a best practice approach to achieving net zero emissions. Project developers and owners have a pivotal role to play in this but they can’t do it alone.

What can project developers and owners do?

First, they can make the carbon content of their operations and their purchases visible. Their supply chain needs to get the signal from their customers that carbon content matters. That’s about asking your suppliers to provide credible estimates of the carbon content in what they are selling you – and our view at Quaybridge is that we need to go further than that. We want to use carbon content as a factor in selecting our suppliers and, especially if it is something that gains traction across the sector, we hope that will be influential in shaping our supply chain. We expect to see it influencing design decisions – what materials to use and where to source them from. We want to drive manufacture to happen in locations and countries using low carbon energy. We want to see the carbon footprint of transporting our project components between assembly locations and to site. A carbon-ideal supply chain for us would see manufacture done locally to minimise transport, using energy-efficient processes, low carbon energy and materials created with minimum carbon release. Unrealistic perhaps, but without market signals coming from the project developer in their procurement the road to net zero will be a slower one.

What about the supply chain?

Supply chain companies are lazily characterised as capitalist industrial behemoths. This is far from the whole truth – what we see is companies full of people who have children and grandchildren and with a strong sense of mission. They need to compete to survive but the basis of competition is set by their customers within the regulatory environment – that’s why the market signal setting the goal-posts to include carbon footprint provides welcome alignment – just as customers demanding zero H&S incidents are welcome to the staff likely to be in harm’s way. That market signal opens up the conversation: the customer is saying what everyone is thinking but doesn’t want to say out loud because they can’t be confident that their colleagues, their suppliers, their competitors are thinking the same thing.

As we see aircraft tracks and survey vessels zipping back and forwards across potential wind farm sites counting birds, sea mammals and seabed fauna, meeting the demands of nature conservancy organisations, I’m led to wonder if those organisations are entirely comfortable with the resultant carbon emissions? Probably this is a case of having to crack a few eggs to make an omelette but perhaps developers should be more forthright about impacts albeit putting them in proper context of the sustenance the omelette will bring. Indeed, the biggest negative impact that regulatory action can have is inappropriately delaying a project getting into operation – even a minor delay in a critical decision can easily cascade into missing a CfD auction and a 2 year delay in entering operations – that’s 2 million tonnes of extra carbon emissions right there.

So the next generation of offshore wind farms has an opportunity to demonstrate best practice – by acknowledging our (modest) carbon footprint, shifting the goalposts in procurement, making embedded carbon visible and working as an industry team to reduce it. 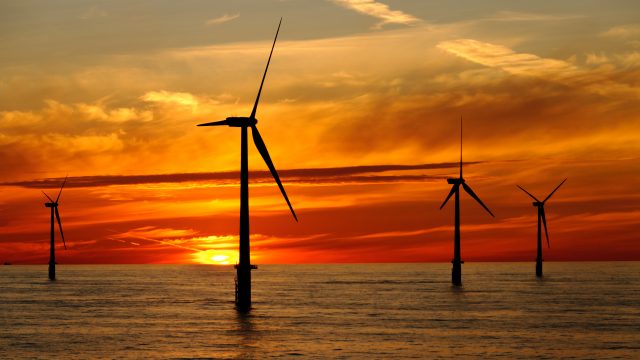 In Graeme Wilson’s latest article about the merging of the offshore wind and oil and gas market, he examines the dilemmas facing oil and gas majors in their race to decarbonise.