* significant reward available for information leading to their re-capture

Everoze has analysed windiness in France focusing on the northern half of the country where over 7GW of wind farms are operating as of 31st December 2016. The Everoze Wind Index shows that a typical onshore wind project in northern France should have generated approximately 10% below long-term P50 energy production assumptions in 2016. After a number of below par years, this all sounds pretty depressing, but a closer look at the data reveals that things might not be as bad as they first seem…

The Everoze Wind Index shows how windy a set period of time was. The index is derived monthly, quarterly and annually. Through placing 2016 wind speeds in the context of the long-term average, the Index helps investors and asset owners benchmark their wind production against the wind resource, to check their own operational wind farms are performing as they should be. [1]

Everoze’s unique Index method includes a MW weighting, which accounts for the uneven distribution of wind projects across northern France. This means that the Index shows the windiness of the regions specifically occupied by the fleet of wind farms, rather than just the general windiness of northern France.

It has become reasonably standard practice for wind analysts like us to define a reference period of 20 years or more to ensure the “long-term” is captured. And naturally enough, this is where we started when building our own wind index for Northern France. But dig a little deeper and you find cause for concern and later….optimism.

The confidence that we have in the consistency of the data gets weaker and weaker, the further back we go. Gradual “drifts” or step-changes in our reference data, completely blows a wind index approach out of the water. We carefully check for consistency by comparing our modelled data against historical measurements. But here-in lies the problem. We don’t have a good level of confidence in our historical measurements before 2000 in France due to changes in instrumentation standards and a lack of traceability. So, is this what happened to the heady days of the late 90’s with strong wind speeds – is this just a data consistency issue, or maybe something else? Well, we don’t think this is due to data consistency.

Drawing a nice straight line with a nice straight ruler through the trend above is tempting. This would imply a clear long-term downward trend in wind speeds and this has been a hot topic in the French wind sector for a number of years with several commentators suggesting that climate change could be to blame for a gradual erosion of France’s wind resource.

But let’s look at the “trend” again – this time cropping off those early years:

Re-basing to this shorter period tells a slightly different story for 2016: approximately 4% down on wind speed translating to 8% on energy production. Still not great, but a significant improvement on the 20 year result, and any visual trend shinks away.

The natural variability of wind speed for one year to the next is known as the Inter-Annual Variability (IAV), which is simply the standard deviation of annual mean wind speed. This can vary from region to region but for France is typically quantified in the range 4-5%, demonstrating that whilst 2016 was bad, it was far from “freakish” and within statistical expectations. Lets apply these same stats to the sustained period of above average wind speed from 1998-2002. The stats will tell you that with an IAV of 4%-5%, the variability of a 5 year period is ~2%, which makes this early period look like a one-in-several hundred years event – so how reasonable is this to include in our “long-term” estimates, where we are principally interested in the next 20 years.

Whilst we can’t be sure that climate change is not to blame for a downward trend in French wind speeds, for now the evidence from the data is not there to support this theory, and for the purposes of financing your wind farm the 1998-2002 period is just one of those “one-off” events which no-one can properly explain, but we should not expect it to be repeated during your project lifetime.

A bad run of luck?

Northern France has been “due” a better wind year for several years, but of course, that fact makes a good wind year in 2017 no more likely. Flipping a coin and getting 5 “tails” in a row might be unlikely and unlucky, but it certainly does not affect the chances of getting “head” on the 6th flip. Meteorologists might argue that consecutive wind years are less independent than consecutive coin tosses, but the analogy is broadly valid in our view.

More than anything else, this shows that there is room for improvement when capturing this uncertainty in financial modelling. Blindly taking the longest period of record is clearly not the way to go – but careful, judicious selection of a representative long-term period is required. Everoze considers a representative period for this region to start in Jan 2002. Its not all bad news – by doing this, we ensure our predictions are more reliable, and we have more insight into which periods should be used to derive the all important IAV value from. Using a more representative period to derive this will lower IAV and narrow the P90/P50 gap  – as well as better informing stress tests for unusual sequencing of wind years – and in a world awash with infrastructure finance looking for a home, this could provide a small but significant edge in the investment market.

Note 1: Based on monthly mean wind speeds derived from reliable long-term data. The index is normalised to a value of 1.0 based on wind speeds from January 1996 to December 2016. The index represents onshore wind only in northern France. 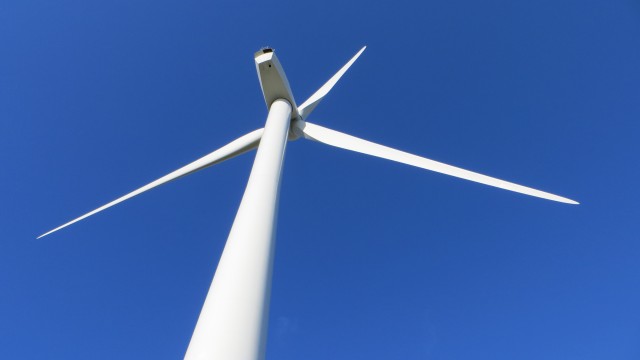 Everoze advised an institutional investor as part of acquisition of 36 MW greenfield wind portfolio in France. 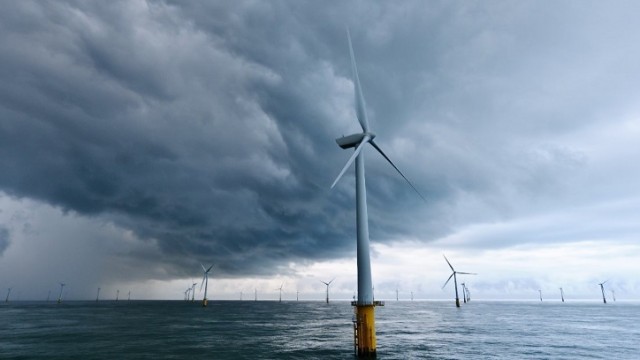 French Energy and Environment Minister Ségolène Royal appears set to formally kick-off the third tender round with a site off Dunkirk and another off Oléron in the upcoming weeks. A shift in approach – a “grand reboot” – is on the way. We consider this is much needed for this sector. 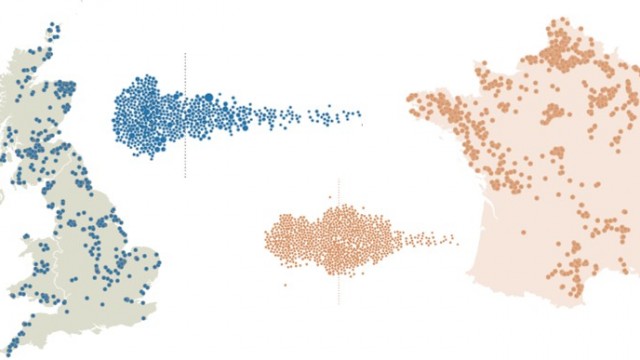 Technical and commercial energy consultancy, Everoze, has announced the launch of everozeleaf.com – a free online portal which provides new insights on aging renewables and storage assets in the UK and France.