Rewind only two years and offshore wind in France looked quite rosy. A pipeline of 6 projects totalling 3 GW awarded in the space of two years, two French-owned turbine OEMs and significant supply chain commitments. Two years on, permits have been appealed, national turbine OEMs have changed hands, the 2016 energy sector plan has brought vague targets, and the third offshore tender round is ever-postponed, and looks very meagre.

French Energy and Environment Minister Ségolène Royal appears set to formally kick-off the third tender round with a site off Dunkirk and another off Oléron in the upcoming weeks. A shift in approach – a “grand reboot” – is on the way. And it’s coming not a moment too soon!

Offshore wind in France has been tipped as too expensive with a 20-year FiT for round #1 projects north of 170 € / MWh, excluding grid connection. Policy-makers are now benchmarking this with projects to be constructed in approximately the same period with FiTs at or below 70 € / MWh. A crying gap!

The upcoming tender for Dunkirk provides the perfect opportunity to set a new cost benchmark for the French tender model. Site conditions are as close as they can be to Northern Europe sites. And local content considerations will rate much lower or be out of the way altogether in this tender (more on this later).

Dunkirk will set a new cost benchmark in France which we hope will come close to 100 € / MWh excluding grid connection. This will provide a new cost basis from which further de-risking of the tender model can be implemented to narrow the gap.

Strategic marine spatial planning for offshore wind and other marine renewables is unfinished business in France. Short spurts of planning works were conducted in 2012 and in 2014. The latest round culminated in 3 broad zones for floating wind in the Mediterranean Sea and one small zone at Groix for a pilot-size floating wind project.

However, for bottom-mounted offshore wind, the conclusion of that exercise was firstly and primarily that any new zone near round #1 or #2 projects was undesirable at this stage.

In the Atlantic, this ruled out for some time any new project save that lying off Oléron. 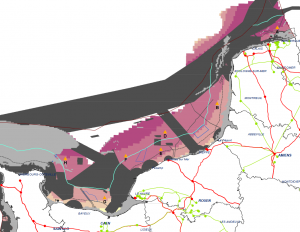 In the English Channel, low impact areas were identified but the same arguments on proximity and collateral damage on public acceptation of round #1 and #2 projects ruled out any new project other than off Dunkirk.

So 2 years on, here we are with (i) no specific targets for offshore wind for the three main sea zones, (ii) large chunks of favourable sea bed locked out until round #1 or #2 projects have cleared planning approval and (iii) two potential sites off Dunkirk and Oléron.

It is obvious to anyone with some knowledge in this sector in France that long-term development of bottom-mounted offshore wind at scale in France will involve a multi-GW cluster northwest of the current Fécamp project, another south of Boulogne and perhaps additional projects off Saint Brieuc and Saint Nazaire.

As it is shifting its approach towards the Danish tender model, Government needs to find a way to unlock these areas whilst avoiding collateral damage to existing projects. In addition, a proper large scale zoning, sizing and phasing exercise is required. National and local administrations need such a plan to carry out upfront public enquiries and to commission environmental and technical surveys. Transmission System Operator RTE also needs such long-term visibility to optimise and plan the required grid connection infrastructure. Private-sector investors would also value that visibility.

Cherry picking small sites one after the other has been done and has shown its limitations. The background data has been compiled so now it is time for arbitration, scheduling and upfront de-risking.

In response to the local content incentives of round #1 and #2, industrial commitments were made, by Alstom and Adwen. For Alstom this involved a nacelle assembly facility in Saint Nazaire and a blade manufacturing facility in Cherbourg run by LM. For Adwen, the same facilities both in Le Havre.

GE/Alstom and Adwen (soon to be owned by Siemens/Gamesa) have yet to break ground on the Cherbourg and Le Havre facilities.

Even if the six current projects tick along nicely and Dunkirk is awarded promptly, the lack of strategic planning and vague new-award targets for 2023 beg the question as to whether outstanding commitments can all be followed through. In the current context of industry consolidation, it’s hard to conceive all facilities being built.

In the last months, GE acquired LM and Siemens/Gamesa acquired Adwen. LM historically supplies blades for GE’s turbines and also provides for Adwen’s 8MW turbine and Siemens’ new low wind speed onshore turbine. Which blade manufacturing capacity gets built in France may pivot partly on what happens in the merger aftermath, in particular whether Siemens and other turbine manufacturers decide to continue sourcing from LM.

All eyes have been on these facilities for too long, the political world regarding them as the crown jewels. They would be better off shifting their focus to other no less valuable parts of the supply chain. The sooner they let go, the better.

French government and administration is a big boat to steer so not all changes will happen overnight but there is broad understanding across administration and industry as to what needs to happen now.

Mind you, France holds general elections next year, and a new government may opt for another form of generation (think nuclear). The winner of Sunday’s republican primary election vowed to maintain nuclear’s 75% share of electricity production.

By Jérôme Jacquemin, Partner at Everoze 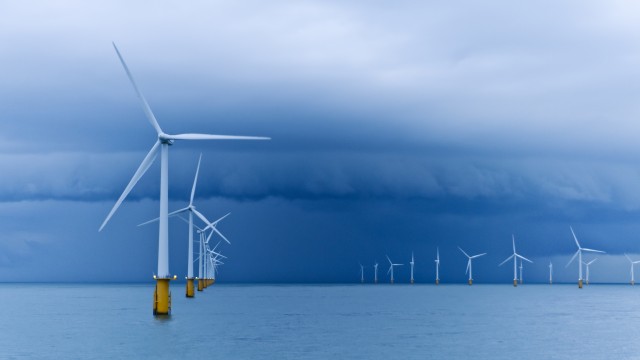 Everoze was delighted to support GIB and Blackrock on the aquisition of the 220MW GLID portfolio, featuring the Lynn and Inner Dowsing offshore wind project.

Everoze partner Jo de Montgros asks how do we prevent innovation and new entrants to offshore wind from unsettling the strong levels of confidence in the finance sector?